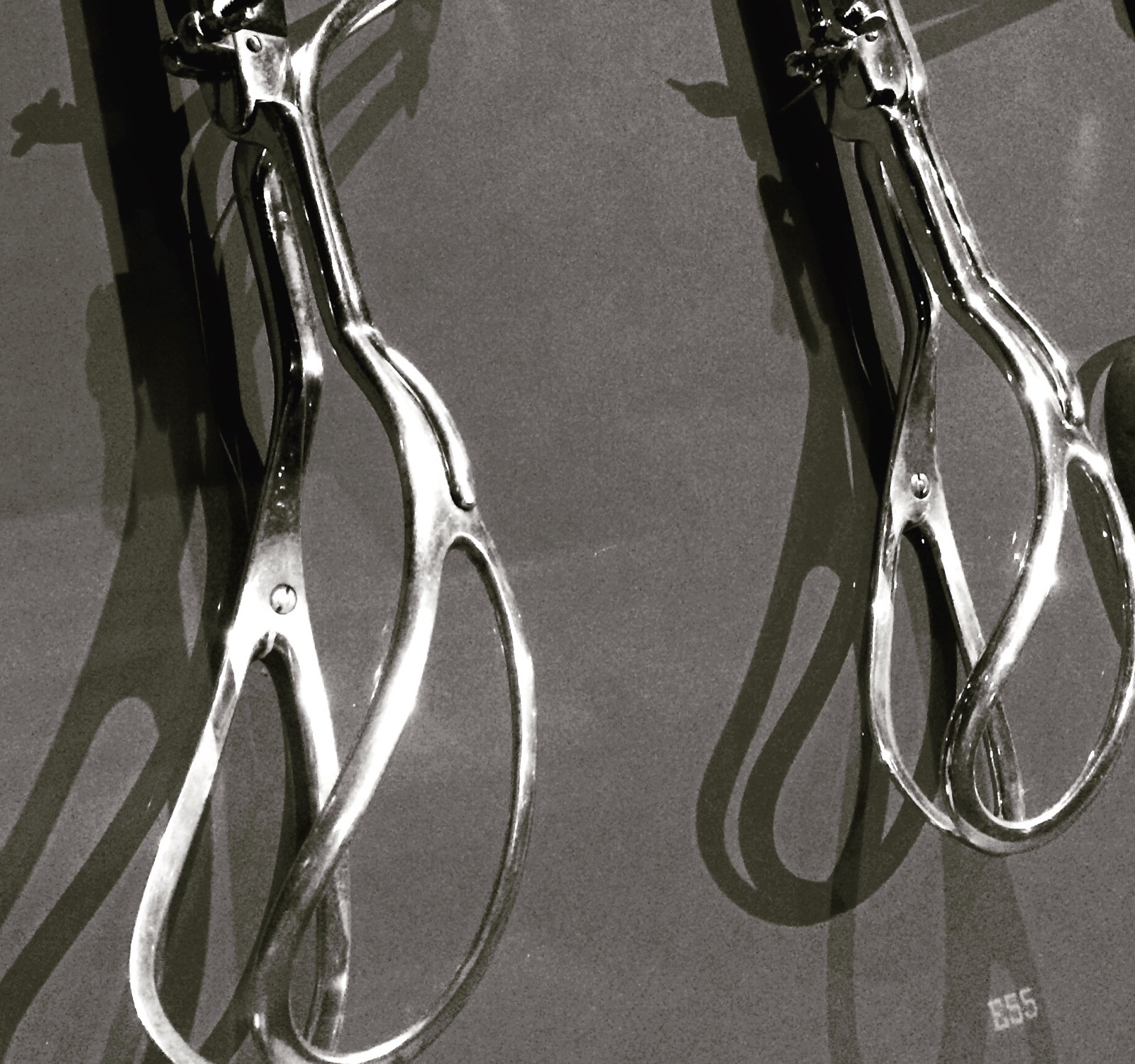 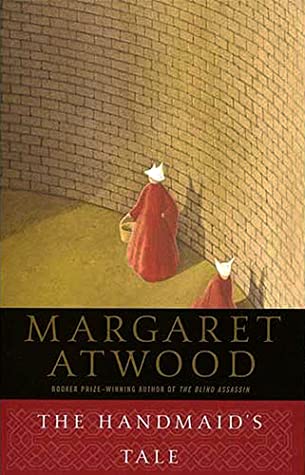 Many times I find myself justifying the validity of a doctorate not only in Creative Writing, but also my chosen research area – speculative fiction.

I am reminded by many critics that I’m not doing something heroic like researching a cure for cancer or launching a satellite into space. And yet my research exploring animal and women’s rights in the creation of hybrids in science fiction has never seemed so relevant.

The critically acclaimed TV adaptation of Margaret Atwood’s 1980s dystopian novel The Handmaid’s Tale depicts a chilling world where women are reduced to their basic biology as childbearing machines.

Women’s reproductive rights are denied in the face of a ‘greater good’ – a widespread decline in female fertility which results in fertile women being hunted down, captured, traded and forced to bear children for the elite via sanctioned imprisonment and rape. Women’s wombs and fertility are seen as such a socially and economically valuable commodity that these actions are justified and enshrined in law.

As Naomi Alderman argued in The Guardian (25/3/2017) what makes The Handmaid’s Tale so terrifying is that everything that happens in it is plausible. The politics of fear, she writes, are always the same. “They are easily recognisable in retrospect. They are easy to acquiesce in at the time. On the day of Donald Trump’s inauguration, one popular placard read “Make Margaret Atwood Fiction Again”. There’s no gain the women’s movement has made that can’t be taken away – a fact that will sound terrifying to some and a gleeful plan of action to others.”

“We let them [women] forget their real purpose,” is a chilling quote from TV series, and one that resonates with many women who fear the draconian rules and backlash under the Trump administration when it comes to women’s rights.

(In an article published in PopSugar on April 30, 2018, KAYLIE HANSON LONG , the national communications director for NARAL Pro-Choice America, says President Trump has laid bare the real motive behind the war on reproductive rights waged by antichoice politicians and extremist groups.  ‘It has very little to do with abortion and everything to do with keeping women in our place by limiting our options and freedom.’

There is more truth to Atwood’s fiction than we care to admit. And more reason than ever to be proud of how speculative fiction we are writing and researching can test the future for us by critically exploring what is happening now and asking – and then?

Alderman argues: “feminist science fiction does tend to feel fresh – its authors have a habit of looking beyond their particular historical moment, analysing the root causes, suggesting how they might be, if not solved, then at least changed.”

Let us explore the many ways that women’s wombs are contested spaces both during the reproductive years and beyond.

Just as in Gilead, women’s fertility is privileged. As standard practice, the media has an ongoing fetishization of pregnant celebrities.

The spectre of Gilead is one all women live under. In Australia there is currently an HRT shortage that has been dragging on for months and affecting many women in midlife. Yet there has been no media outcry over this. We can view the lack of interest in the HRT shortage as a disregard for women’s health now that their reproductive days are over. In an extensive profile in the New Yorker, (By Rebecca Mead, 10 April 2017), Atwood argues that under Trump, women have been put on notice that hard-won rights may be only provisional. “It’s the return to patriarchy,” she said, warning that whenever tyranny is exercised, “it is wise to ask, “Cui bono? Who profits by it?”

This obsessive and misogynistic link between female worth and reproduction is also at the heart of the medical profession’s patronising conspiracy of silence about the long term health risks associated with vaginal birth.

Mavis King breaks this taboo, writing about ‘the things that can last a lifetime after a vaginal delivery, such as a weak bladder, reduced feeling or even pain during sex, a heavy feeling in the vagina where your insides feel like they are falling out (and quite literally can be)…If I had been presented with some clear and simple possibilities, which every obstetrician would know, then I feel I could have made a more informed decision and been better prepared for the recovery.’

Cui bono? In the UK, there are claims that women are being pressured not to have caesareans as part of an NHS culture of ‘policing pregnancy’ – this is because it costs the government money. The surgical procedure costs the NHS more than double a vaginal delivery. No wonder the alarm at the rise in caesareans worldwide. Of course, there are very good medical reasons for having a caesarean birth, and good reasons for not, but it is interesting, and not widely publicised, that there is a financial incentive on the part of governments in the worldwide campaign to stop women accessing this option. Women are pressured into vaginal delivery even when they will end up with life changing consequences. 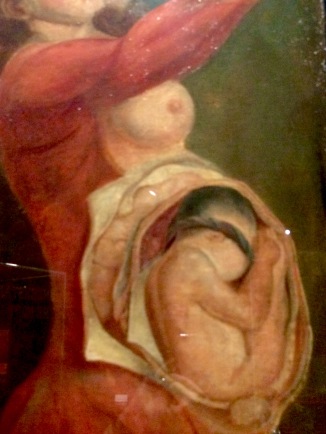 In September 2017, Australian recipients of vaginal mesh implants gave personal accounts of their suffering to a Senate committee in Sydney. The women received the mesh in a bid to correct urinary incontinence and pelvic organ prolapse as a result of damage to their pelvic floor after childbirth. The hearings come as 800 women fight in a class action lawsuit against Johnson & Johnson, claiming their vaginal mesh implants have left them in pain.

Throughout their lives, women are silenced about speaking about their embodied experiences as women. We are shamed about frank and open discussion regarding birth trauma, the long term impact of vaginal birth, and caesarean birth (I was accused of being ‘too posh to push’ after Handle With Care my book on high risk pregnancy came out).

Once the reproductive years are behind us, we find that the taboo shifts to silencing, dismissing or trivialising women about the menopause.Research has found women find it hard to talk about experiences of menopause at work because they fear aged-based discrimination.

UK broadcaster Lorraine Kelly who went public with her struggle with menopause said that it is still the last taboo. “We still don’t talk about it, even with our own girlfriends…. It’s natural! As a woman you get periods, you have your child-bearing years, and then you have the menopause.”

Indeed, we haven’t come that far in the past 70 years when it comes to discussing menopause in the media. In 1948, when obstetrician Dame Josephine Barnes gave a series of talks on women’s health on BBC radio covering bleeding, hot flushes and hormonal changes, there was uproar.

Earlier this year the Australian Health Department confirmed a shortage in the Estradot oestrogen patch, along with Estalis, which combines progesterone.

Endocrinologist Dr Roisin Worsley said the shortage wasn’t being taken seriously by authorities and that this was because it’s a female issue.

The manufacturer Novartis advised in April that they were working to ‘resolve fluctuations in supply’ and estimated this would be resolved by mid 2017.

Yet the shortage of the commonly used transdermal patches continues, forcing women to seek alternative forms of HRT which can have increased side effects.

The Health Department has updated its advice that the transdermal patch shortage will continue until November 2017.

This means that if the shortage does indeed end before the year does, women will have been without adequate and consistent supply of the drugs for 12 months.

Imagine if Viagra manufacturing was disrupted for an entire year. 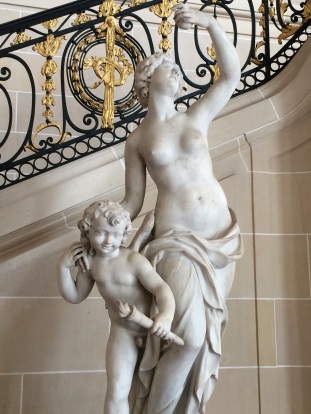 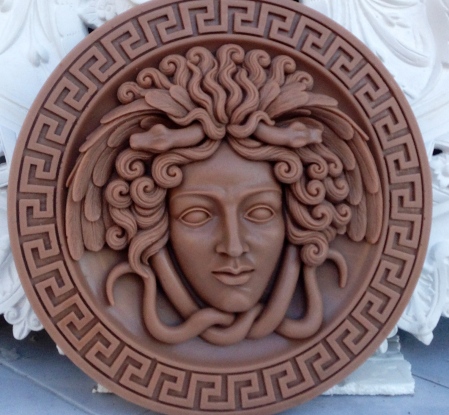 The trouble with all this silence about women’s bodies is that the many varied narratives and nuances around the different stages of women’s reproductive lives are lost. Only the most ‘sensational’ and ‘news worthy’ see the light of day. But just as not all women experience life changing birth trauma after vaginal delivery, not all women suffer from debilitating menopause symptoms. Just as not all men after a certain age need chemical assistance from the little blue pill to maintain their sex lives.

Let’s flip it around to see what applying a women-centric narrative to men’s health issues looks like. If menopausal women’s need for HRT to resolve complaints like hot flushes and insomnia isn’t considered important enough for the government to put pressure on the manufactures to come through with reliable drug production, then it seems only fair that impotent men’s desire for erections should be deemed similarly inconsequential.

Something however tells me that the reliable supply of Viagra will never dry up.