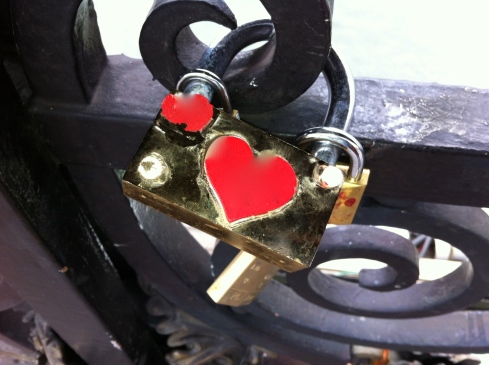 My dearest fictional character – we’ve been together for many years, and you’ve sat with me long into the night as we have tried to work it out. You’ve gone deep into the heart of academia with me, you’ve faced the Master of Creative Writing examiners – and passed, with flying colors – and I have good friends who will go into bat for you.

And I have loved and cared for you, it’s true. I made you from nothing but the figment of my imagination. I gave you flesh and blood and backstory. I fashioned your hair and clothes and gave you your name. You feel like you are part of me.

But recently, or actually, not so recently, things haven’t been the same between us. I’ve noticed your flaws. Those charming idiosyncrasies that at first were just slightly annoying, but have now started grating on me. Even though, it is true, I was responsible for everything about you, even the awful bits.

But some of the things you’ve done, and let’s be honest, the people you’ve killed in my Gothic horror novel, have indicated that you are unbalanced. And people don’t necessarily like that.

There is no harder word to defend in fiction than ‘antagonist’. Except perhaps the words ‘female antihero’.

No one likes a woman who kills in fiction. They like her even less if she kills her lover’s wife. It’s true that even in the horror genre, people get very moralistic like that. Though I agree with you, the wife had it coming to her. She after all turned your lover’s life support off, didn’t she? And if that’s not motivation enough to propel you on your bloody journey of revenge, I don’t know what is.

And I thought refusing to say ‘till death do us part’ was romantic. Apparently not.  People just think you are unhinged.

You see, Xanthe, I have a new set of people reading about you. And they don’t like you, not one little bit. One author was ready to throw you against a wall – a pretty strong reaction to a fictional character, I know. She said it out loud, to my face. “I just don’t like her.”

Others in my new writing workshop have started saying it as well. It began with a read through and a glass of wine. They called you objectionable. That hurt. To be told that the person you cared about – even if only fictional – was not quite up to scratch. Not worthy of me. Not only that, they didn’t even like the man you loved. I was trying to make him sympathetic, but I was told he was too perfect. They said he needed to be flawed, cheating man that he is – he needed to be real. Everyone likes the bad boy in books.

What’s that I hear you say? You think I am being unfaithful with my writer’s affections? Okay. So, I admit it. There’s someone else. That’s the truth. They are as intense as you, but less neurotic. And for some reason, even though he (yes, it’s a man this time) inhabits a world where he has sold his soul to the devil, and you still have yours, people prefer him.

How did that happen?

I am the writer who created you both, and people prefer JD Howard to you, Xanthe. It’s just the way it is. They want me to leave you, toss you aside, and move in with him, so to speak.

In fact, when I presented the latest piece of writing at my workshop featuring you, Xanthe, this is what they said.

“Oh, we were hoping for more of Howard, after what we read last time. We loved Howard, he was ambiguous, morally objectionable, but interesting – well dressed, dark, mysterious, and we loved the way he tried to seduce that nurse in the first chapter…”

And you, my poor dear Xanthe, love of my heart, a woman I so painstakingly created throughout my Masters degree – they just thought you were crazy. They didn’t get you at all.

So now, after all this time, I have decided to consign you to third person. Howard is going to take the prized first person protag place in my novel.

What can I say, Xanthe? It’s not me, it’s you. I think you are the reason my novel hasn’t found a publisher. Now, maybe I am being too harsh, that’s not totally the case, but in all relationship breakups, someone has to take the blame, so it might as well be you.

If I wanted to be really honest, I could tell you this – obviously in the course of the four years that I have pursued my doctorate in creative writing, I have grown stronger, leaner, meaner, better as a writer, and you, my dearest, just don’t cut it any more.

Yes, I know we go back a long way, and you are the first love of my MA. But now it is time to face the facts. We have grown apart. I have outgrown you, and it’s over. It really is.

I could let you down gently, I suppose, tell you that I just need some space to think about things. But actually, I have told you those lies already. How many years now have I said to you that I am too busy to spend time with you? That I can’t pursue our endless redrafts any more because I have to work on other projects, or I have a conference to attend? I keep saying I’ll get back to you in due course, but it never happens, does it? You should have realized then there was another book taking my time and affections.

You should have realized my neglect was actually an indication of a deeper betrayal – that of lack of interest. But it hurts me to do this. To create another you. A better you. A you without the flaws. A you perfectly drawn, who will do what I want, when I want. The thing is, Xanthe. I am selfish. I want to get my novel published. And you are holding me back.

You see, Xanthe, now I have submitted that other novel as part of my doctorate, I am ready to come back to the MA novel, and I don’t like what I see anymore. I don’t like you, Xanthe.

So here we are now, with me about to commit the ultimate in writer’s divorce. I am going to move all our work together into an old draft folder, and start again.

That’s it. I have had enough. I have tried and tried, but it’s just not working. I have to be mature about this, and do the right thing by you – and by me – and call it quits. I can’t waste any more time with you. I can’t keep providing you with better dialogue, more complex motivations that still render you believable. I need to have time to write the book my book could be without you. 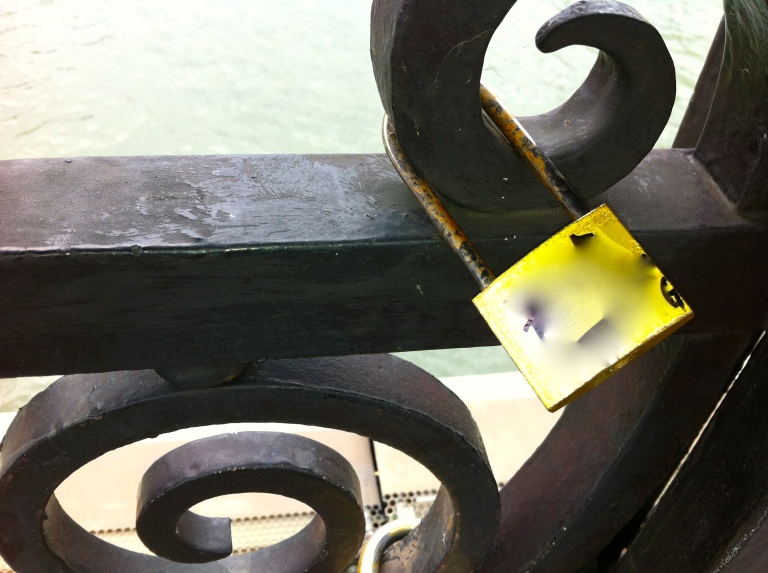 Even though I spent years creating you, and rewriting you, it’s not working. You are not working. It’s over. I want to start afresh with someone else. Another character. A clean slate. Someone I can project my darkest fantasies upon. Someone who will do what I want and have the readers cheering.

Goodbye Xanthe. If this were a Stephen King novel, you’d stab me in my sleep for ending it this way. I know you – you are like that, aren’t you?

Just as well you are not real. Only a figment of my imagination.