Just as I have spent the past four years exploring the hybrid in science fiction – a character that exists outside binaries – so I realized that the actualized Creative Writing doctorate also existed outside the binaries.

Throughout the exegesis I have come to realize the hybrid stands slightly outside the human, never properly human or animal, never allowed to fully participate in the human community – or the animal pack. Never human enough, never animal enough. Actually, that’s how I felt growing up – never Greek enough, never Australian enough. A hybrid.

Although they spend the days fighting, at least my cat and dog can play together as well. And the cat can always run away. Take one good swipe at the dog. Or both can retreat and bury their differences. Not so the human-animal hybrid in science fiction. There is nowhere to go.

It’s the same with the Creative Writing doctorate. The novel and the exegesis have to get along, play nice, and find some common ground. I can hear myself getting increasingly frustrated, saying – “for goodness sake, the damn exegesis has to let me spend some time with the novel – enough already!” And still it demands! Doesn’t it realize it is a hybrid – unable to exist without its other half?

Yes, I am at that “I am so sick of it, I can’t read another word” stage of my research. I have even begun footnoting in my dreams – and worrying about whether I am getting the damn referencing system correct.

In my exegesis, I argue that the hybrid exists in both human and animal categories simultaneously, challenging but never destroying either category. The great fear for the human characters is that the animal within the hybrid will harm them. The good news is, this happens in my novel as well. Or it would. If I ever get time to do the final edit. And, as I have discovered this is the fear writers have when they start the Creative Writing doctorate.

A relatively new higher degree, this doctorate isn’t taken seriously by those who have decided that a/ writers should never undertake a higher degree, and b/  it isn’t like it’s a “real” doctorate anyway as it is “just writing”. Add the fact that I am doing mine on beings that don’t actually exist…well. You get the picture!

That actually fits with my research. By the 21st Century, in science fiction the hybrid’s danger is acknowledged to be its human side. As illustrated in this scene from the 2009 movie Splice, where the scientists examine scans of the newborn hybrid Dren and ponder her potential threat:

Elsa: Not all animals have predatory elements.

This makes more sense to me now I actually have a dog. I small, joyful, mess creating, life enhancing puppy. Finally asleep in his basket at my desk. He likes to keep an eye on me long into the night.

A friend told me when I got the puppy that things I never expected to get destroyed would. I could batten down the hatches as much as I liked, but things would happen I couldn’t control.

A metaphor for academic research if ever I heard one.

So, what’s that got to do with the Creative Writing doctorate?

Maybe sometimes we need to look at it for what it just is. Just a dog. Just a thing in its own right and not an end to anything. I think those of us in the thick of it know this, and are too caught up in it and too darn tired working on it to fight the popular opinion that challenges us as to why we are doing it. After all, no one asks why anyone does a doctorate in a science related subject, do they? But somehow, many people do not think it is valid to study – and write – fiction in higher education. But I didn’t start this doctorate to learn how to write – I can do that, thanks. I did it because I wasn’t about to do one in architecture, philosophy or bioethics. Writing is what I do, and that was the dog I was going to study, so to speak. I wanted to push that writing boundary as far as I could, challenge myself and stretch myself in my area. And I don’t feel I have to justify this.

I do argue, however, that many creative writers embarking on a doctorate in Creative Writing fear the “other half” of the work required. They imagine they are “either” a creative writer “or” a researcher, and often feel they do not have the academic language or research skills required to merge the two together. Even those in the media have queried whether this doctorate should be allowed to exist – much the same way that creation of scientific hybrids are debated.

Will they be good for the community? Or destroy humanity as we know it? Yes – by that I mean both the Creative Writing doctorate, and scientific chimeras. And, while we are at it – fictional hybrids. 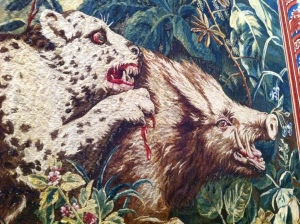 The fear many writers have is that their academic research will harm them, make them less creative, and take away their spontaneity. This is one side of the hybrid dominating the other. Yet it is interesting that unlike, for instance, the skills needed to be a professional tennis player that are seen to need coaching and training, writing is viewed as a gift from God – (quite mythological) a skill that can’t be taught. If you don’t have it, you can’t learn it. But those in higher degrees in creative writing would argue otherwise. 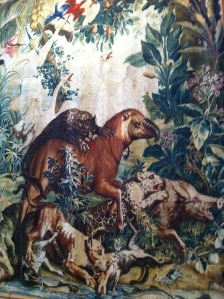 My creative project came into being as a hybrid. It was based on a short story I started writing several years ago at a bioethics conference in Queensland, where I was presenting a paper for my MA in Creative Writing. I was listening to a paper about the perils of xeno transplantation – the use of animal parts in humans – when the voice of my protagonist Ariadne came to me. It was one of those creative moments when you realize that something has clicked. As a science fiction/crime writer – itself a hybrid genre, I felt a deep resonance with the idea of xeno transplantation and hybridity.

The short story that resulted was Xenos, a “hard boiled” speculative crime thriller (this is itself a hybrid of cross disciplinary genre) that won the Dorothy Porter Innovation Prize in the 2007 Sisters In Crime Scarlet Stiletto Awards and has become a middle chapter of my doctoral creative project. The short story has been published in Scarlet Stiletto – The Second Cut, available in ebook.

So there you have it – my doctoral creative project sprung to life like a mythological character, plucked from the centre of my Masters research, a hybrid from the start. A direct result of my academic research. Which part of the hybrid dominated?

A metaphor for academic research if ever I heard one.